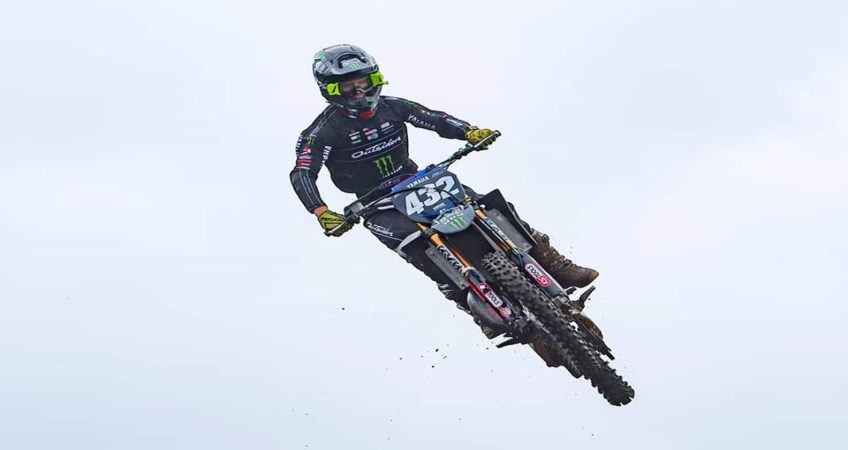 Ivano van Erp of the MJC Yamaha team suffered severe disappointment during the fifth round of the EMX125 European Championship motocross series at Mantova in Italy. Van Erp was punted off his bike during the first race, keeping him down to 25th. He was excluded from the start of the second race for reporting to the pre-race paddock ten seconds too late.

Some heavy rain came down in Mantova during the night preceding the race, making for muddy conditions during training. Ivano posted the seventh fastest lap during free training, but his fastest lap during qualifying was spoiled by a rider braking just ahead of him, keeping him to 16th on the gate.

Ivano had a less than perfect start in race one, but worked his way forward. He was up to 16th spot when another rider punted him off the bike, causing a heavy crash. The best that Ivano could do after remounting was to finish 25th.

A lot of repairs were required on Ivano’s bike before race two.  Loic, his mechanic, finished the bike on time, but fatefully, they decided to take it once more down the test track. That caused them to arrive to the parc ferme ten seconds too late, and he was barred from entry.

Ivano was sorely disappointed, but still wishes to thank all his supporters and helpers for their unwavering belief and hard work. They will put this all behind them and focus on the next race in Spain.