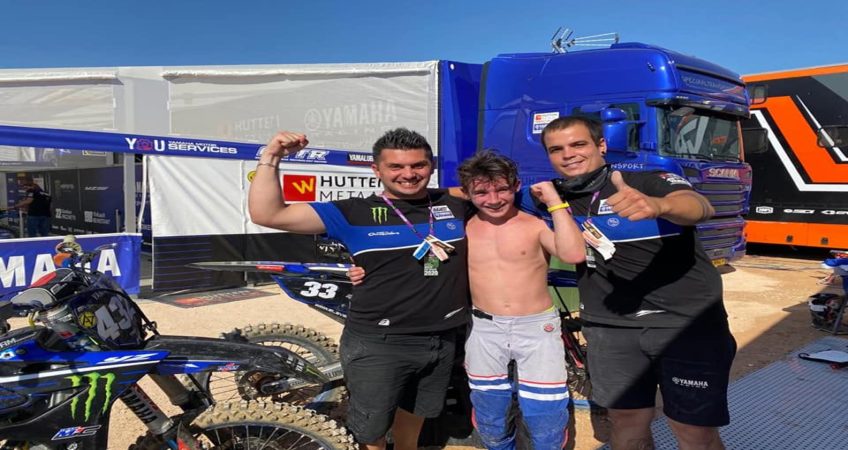 Ivano van Erp of the MJC Yamaha team scored an eighth place finish during the EMX125 round in Spain. He broke into the top ten during  the second heat of the event. In the first race, he came from outside the top 20 to finish 15th.

It was Ivano’s first trip to a major race without his parents, but the fifteen year old coped well.  He did not have a great launch in race one, and had to recover from an initial position outside of the top 20.  He managed to make a few important passes, and ended up in 15th spot, collecting six championship points.

Ivano was motivated for the second race. He launched well, and was in second spot rounding the first corner. He held up well for the first five laps, maintaining his spot in the top four. The level of racing here is extremely high, and Ivano opted to ride his own race.  This proved to be prudent, because despite losing a few spots, he remained in the top ten, crossing the line in eighth spot.

Ivano was 12th overall for the day, and has moved up to 31st spot on the championship ladder. The series continues at Lommel in Belgium next weekend.