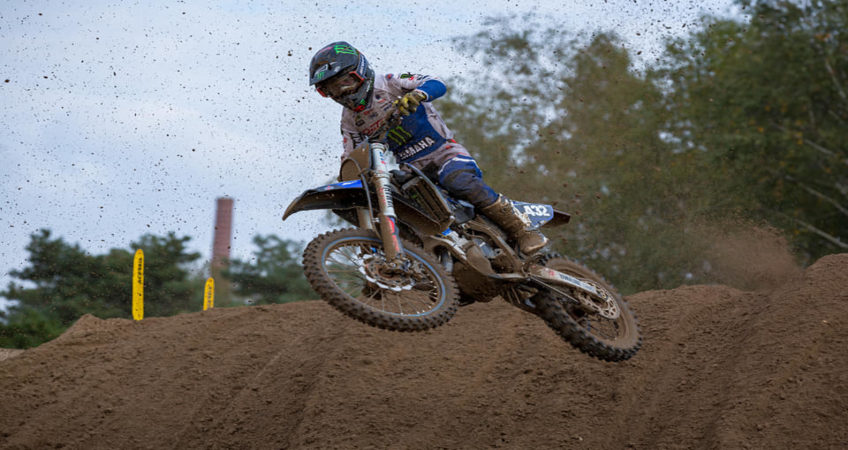 Ivano Van Erp of the MJC Yamaha team scored five European Championship points during the series visit to Lommel in Belgium. Van Erp had to work his way forward from the rear in both races.  He had good speed on display, but a crash kept him to 18th in the first race, which he pretty much repeated during the second heat.

The first race of the triple header event took place at Lommel last Saturday.  Ivano experienced some problems with his suspension settings during qualifying, keeping him down to 16th in the time sheets in his group, meaning a 32nd gate pick.  After some suspension adjustments, he lined up for race one.  His start was not the best, and he found himself in round 30th position.  He fought his way forward, getting up to 14th spot.  A crash on the tricky long waves section dropped him to 22nd.  He battled on, and was rewarded with 18th spot.

The second race was a near carbon copy of the first.  Ivano again fought his way forward. This time he finished 19th, again on the score sheets. His results in both races did not reflect his speed on display, and he will be working on improving his starts and accuracy to gain better results.

The penultimate round of the championship series takes place at the same track on Tuesday.