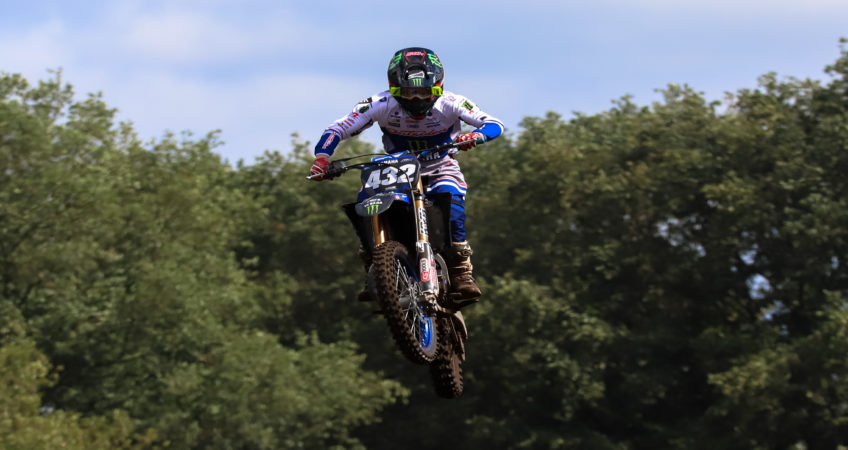 Ivano van Erp of the MJC Yamaha team claimed a heat victory during the first round of the 125cc Open Dutch Championship series at Boekel. Van Erp lead both the first and second heats, but a mistake late in the first race dropped him to fourth. He won the second heat for second overall.

After a long layoff without races due to the Covid 19 pandemic, the Open Dutch Championship series finally kicked off at Boekel last Saturday.  A lot of riders entered, which made for a busy track during qualifying. Ivano battled to find a clean lap, but managed to claim the fourth gate nonetheless.

A good start in the first race shot Ivano into the lead. He kept the lead with his good pace, despite the attentions of Liam Everts and Cas Valk. A mistake near the end of the race caused him to crash, though, and he finished fourth.

Set on revenge, Ivano was all fired up for the second race. He started well again, and was second initially. He quickly took the lead, and held that for a few laps before being passed by Everts. Ivano pounced when Everts made a mistake, and retook the lead. He was not challenged again, and won the race.

Ivano was second overall. Next weekend he will participate in the second race of the EMX125 European Championship series at Faenza in Italy, with two more races at the same track to follow.