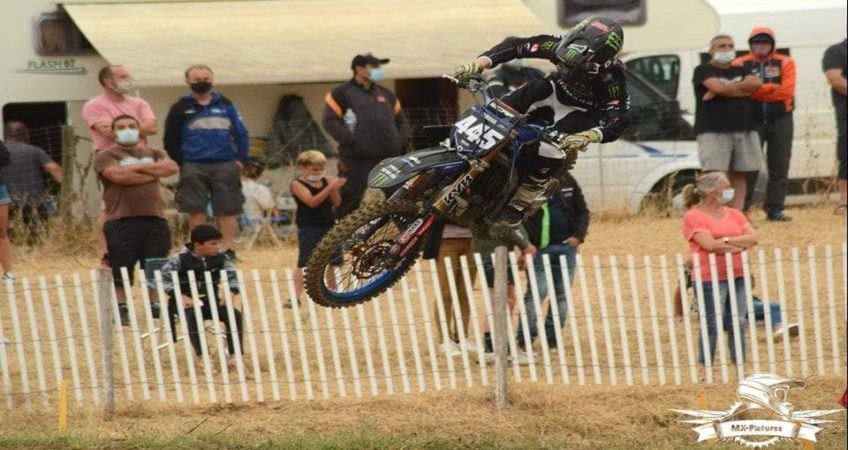 Ivano van Erp of the MJC Yamaha team left a strong impression during the second round of the French 125cc motocross championship series in Castelnau de Levis. Van Erp came to 19th from dead last in the first race. In the second race he finished fifth after a crash.

Qualifying took place in sweltering heat of up to 40 degrees. The track was stony and dusty, and Ivano qualified 11th, which he was not happy with. In the first race he was in the top 15 off the start, but a group of riders crashed in front of him, and he could not avoid that in any way. He restarted in 38th position and fought his way up to 18th. Although he rode well, he was still disappointed.

Some setting changes were effected to the bike between races. Ivano claimed the holeshot. He lost two positions early on, but held steady in third. With a few laps to go, a lapped rider collided with Ivano, which cost him two positions.

Ivano was 11th overall for the day and is in sixth position in the championship standings. His next outing is at the opening round of the Open Dutch Championships at Boekel on 30 August.

Ivano and his team would like to convey their sincere gratitude to their backers for their continued support, and for the hard work of the MJC Yamaha team.