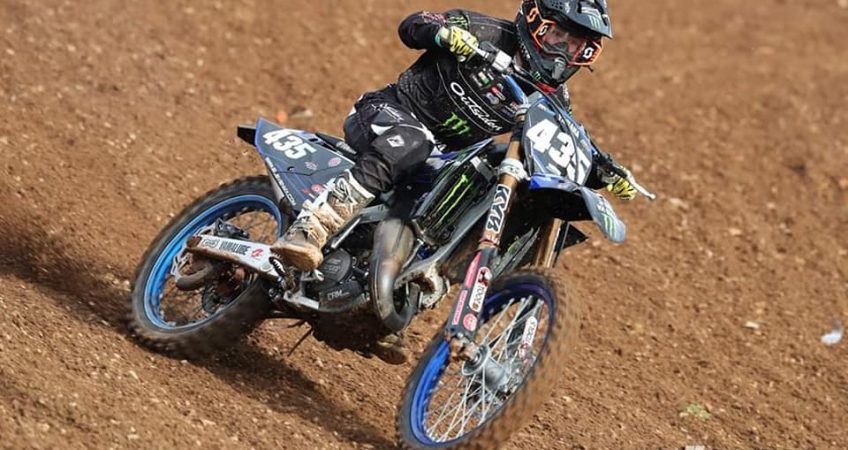 Ivano van Erp of the MJC Yamaha team kicked his 2020 racing season off on a positive note in Lacapelle Marival in France. He recovered from middling starts in both races to finish fourth overall.

It was Ivano’s first official race for his new team. Ivano quickly felt at home on his Yamaha YZ125, and soon posted the third fastest time on the well-prepared track. He crashed when trying to improve on his lap time, and could not post another fast lap. Two riders had posted improved times, leaving him with the fifth gate pick.

After a decent – but not great – start, Ivano slotted into tenth in race one. He managed to work his way forward, finishing fourth. In the second race, he held eighth spot initially. Despite the track having developed some ruts and stutter bumps, he again improved on his initial position, and finished fourth yet again.

Ivano was fourth overall for the day, which counted as good preparation for the first EMX125 race of the season, which will take place during the British GP at Matterley Basin on 1 March.